I have faith that God helps the sick through me. God gave me a brain, He gave me hands, He gave me reason and I have to use them for the good of mankind. For the sick, poor things, I did everything for them Leon Danaila Also called the Brain sculptor, appearing alongside Einstein among the 500 geniuses of the 21th century and one of the top 5000 personalities of the world, Academician Professor Doctor Leon Danaila is a famous neurosurgeon, considered the best in Europe, renowned and recognized at international level. Living as an ascetic and learning as a perpetual student, he gives lives and asks nothing in return. The professional activity of Professor Leon Danaila can be also translated in figures, many figures. For about half a century, his hand has performed over 40.300 surgeries in the country and abroad, and 58 books rendering his fellow men new chance at life, rebuilding their body, but also their soul. Convinced that Life means the others and Our mission is to discover Gods creation, Prof. Leon Danaila describes himself the legend of his life in a prayer-psalm that defines his existence: I have asked the Lord to give me strength / He gave me hardships that have made me stronger / I asked for wisdom / And He gave me problems that I had to solve / I asked for a rise / And He gave me a thoughtful brain and physical power to work / I asked for courage / And God gave me dangers that I had to face / I asked to be able to love / And the Good Lord gave me people in pain that I could help / He gave me nothing of what I asked for / But He gave me everything I needed / My prayer has been heard.
Brand: Pro Universitaria
Categoria: Books / Carte/Medicina 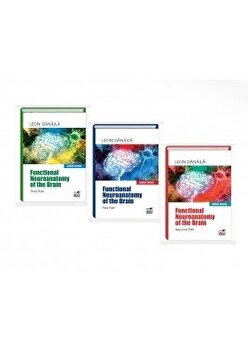