Mapping Identity Politics: Differences and Bridges addresses the complex issues related to defining identity against the background of the contemporary (post)modern social and cultural space, analyzing the past and present development of the concept through the lens of a multiple perspective. It comprises ten studies, each of them shedding light on the debate from a different theoretical standpoint, from intergenerational and ethnic conflicts to political ideologies, and from gender-based inequality to the intricate discrepancies between individual and collective identity. The main focus falls upon two interconnected elements: the difficulties inherent in defining identity, and the evolution of the concept within the dynamics of the current cultural environment, marked by globalization and shaped by the information and media overload. The book examines the ever-evolving discourse of identity, which involves negotiation, metamorphosis and tensions, as well as a subtle interaction between the individual and the community
Brand: Institutul European
Categoria: Books / Carte/Sociologie, stiinte politice/Stiinte politice 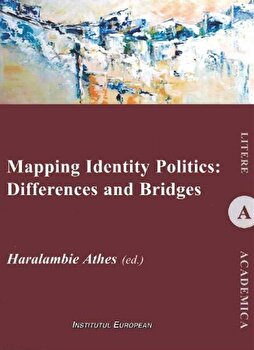