Twenty years after its history has started, post-communism continues to present itself, when one wants to discern its characteristics and, therefore, its precisely delimited epochal profile, under the signature of two intertwined traits. On the one hand, the expression “post-communism” marks descriptively a fabric of circumstances, whereby the passage from something (that) passed to something that came after is operated. And this raises immediately the question of discontinuities or, inversely, of continuities “along” the gap between from and to. All the more that the understanding of this gap must be also kept between a terminus a quo and a terminus ad quem of the motion, as an essential requirement for the motion to be a real one. What has passed? What has left? Of what? What is that which has left? An indelible remainder or something new? To what extent that which is left looks like that which has been? What has changed and how?… On the other hand, communism itself – as the name of certain realities, as well as of a universal project, even one that has “failed” in its real embodiments – was not only a local history (or question), but, on the contrary, a global one, in all possible aspects (political, economical, geopolitical, socio-cultural, etc.). For this reason, the same fabric of transformative events presents itself, equally, as the effacement, as the resorption or the ablation of that particularity of modern history which, in the last century, seemed to split firmly (and irreversibly), as their background or “substratum,” both this history and the organization of the world. How can one account, then, for this nexus of passage and effacement (of the passage as effacement), the real process of the post-communist unification of the world (and of its history)? How can this “story” be told truthfully in that which is most proper to it, i.e. in its nature that makes this process to be the real movement whereby post-communism gives – and creates – a place to our present itself, in its motion from past to future? For, next to these two descriptive traits, post-communism presents us with a third one, which should not be forgotten either; this trait has a normative and, implicitly, an intensely polemic character, whereby post-communism wants to present itself also as a reparation or a normalization (if not even a “healing”) of the effects triggered by the “communist errancy.” According to this dimension, the story told by post-communism about itself is, beyond any doubt, also ideology (salient examples for this would be the constitutive anticommunism permeating this story and the standard discourses on post-communism as “transition”). We called genealogy the alternative solution to this narrative about our present. This volume attempts at articulating the genealogy of post-communism as a critical theory and a histoire raisonee of our present’s provenience, as well as of the decisions about the future that have already been and keep on being made by this provenience.
Brand: Idea
Categoria: Books / Carte/Filologie, Filosofie/Filosofie 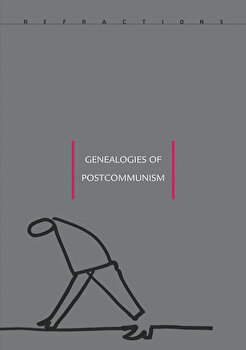