This book is an attempt to clarify some issues related to judicial reforms. It is designed as a basic introduction to this complex field of inquiry addressed to political and social scientists, sociologists, legal scholars, students, journalists, policy makers and ordinary citizens interested not only to understand more about judicial reforms but also to place the domestic issues in a comparative perspective. Our aim is not only to clarify the main terms used in the debates related to these reforms by judicial, political actors and journalists, but also to replace them in a comparative perspective. We conceived this volume as a handbook addressed to any citizen interested in understanding contemporary political debates, to politicians and judicial actors confronted with the elaboration and the implementation of reforms guided by new European standards, to political scientists, sociologists, lawyers and any other researchers for whom the relationship between media, politics and justice represents a field of inquiry. The contributions are provided by the best specialists of this topic. They all have a research tradition and a comparative knowledge of the judicial reforms in Europe. Conceived in this way, the book speaks to debates in political science, sociology of law, public law and comparative politics regarding the transformation of the judicial institutions in the European states, the definition, implementation and the limits of the judicial independence, the judicial behavior and discipline, the administration of justice and the way judicial role should be conceived within our democracies.
Brand: Institutul European
Categoria: Books / Carte/Sociologie, stiinte politice/Stiinte politice 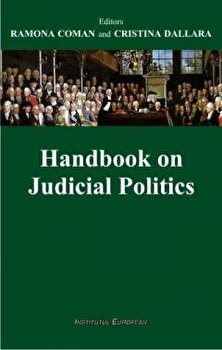