This book follows the trajectory of a life that has been carved as if by the hand of fate: the luminosity of Radu Duda’s childhood, the traumas and joys of an adolescence under communism, then the life of an actor and a radical existential turning point – his becoming a member of the Romanian Royal Family. What followed was an adaptation to a new destiny: that of Prince Radu of Romania, constantly in the service of his country. In the last few years, his career as Special Representative of the Government of Romania has made Prince Radu an exponent of Romanian democracy on the world political stage. Radu of Romania. An enigmatic, discreet figure, who, in spite of his asiduous activity in the service of his country, chose until recently to shun the centre of the public stage. Who is the man behind the prince? Where did he come from and how did he become what he is today? What does the Prince mean for Romania?What does Radu mean for ordinary people? These are just a few of the questions to which you will find answers in this book. Without political bias, the two authors write from the conviction that Romania needs models. Not least, their endeavour is motivated by curiosity: they wished to discover who Radu of Romania really is – the man in his innermost self, beyond appearances. The reader alone will be able to decide whether they have revealed the man behind the public persona.
Brand: Litera
Categoria: Books / Carte/Biografii si memorii/Biografii 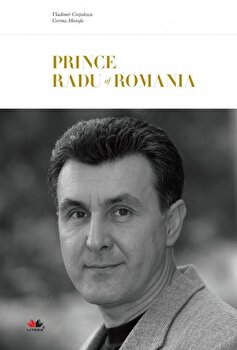