Din cuprins: Dramatic Elements and Literary Meditation Emerson and Kant Inward versus Outward Expansion Dissenting Voices of Consent The Narrator as Audience Mark Twain and Idea of American Superiority The Art of the Acronym in Thomas Pynchon In the process of preparing the essays for the present volume, textual revisions and corrections have been made when considered appropriate. However, such revisions pertain throughout to stylistic and formal matters of presentation, and do not touch the substance of the arguments and investigations pursued in the contributions. By way of acknowledgment, credit is due to the publisher and, in particular, (o one of the editors of the project. It was suggested ami helpfully supported by Sorin Parvu of the English Department of the I Iniversity of lasi, whom I would here like to thank for his kind recommendation and insistent editorial encouragements. In a way, the enterprise would not have been possible without the existence of the long and seminal partnership between the universities of lasi and Freiburg that has provided the framework for many productive individual and departmental contacts. In existence now for more than twenty years, the academic cooperation between lasi and Freiburg began with people travelling back and forth in search of what others were doing in the international world of academe. Then books also began to travel, and who knows what will be next on the growing list of our exchange items.
Brand: Institutul European
Categoria: Books / Carte/Fictiune/Publicistica, eseu 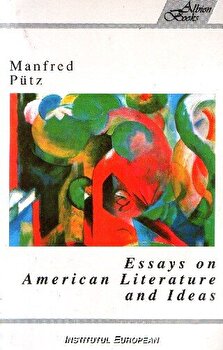