With this volume we would like to celebrate critically the importance of the Revolution of 1989, as a problem-event that cannot be worked out in any of the subsequent answers. The Revolution is set in local and global context, in the frontispiece of a genealogy of global history that opens at the end of the Cold War, and as the germinative moment of the cultural history of postcommunism. We would like to reopen the possibilities of understanding the event of the 1989 Revolution as a productive chiasm between spectator and participant, as a constitutive act of the power relations between media technology, politics, and the public sphere of postcommunism. If “the truth of the Revolution will never be found out”, as it has often been claimed, this is because any revolution forces the limits of sense, challenging whole paradigms of thought and political apparatuses of capture, and in the “televised revolution” one can grasp precisely the constituting act of a new regime of truth.
Brand: Idea
Categoria: Books / Carte/Filologie, Filosofie/Filosofie 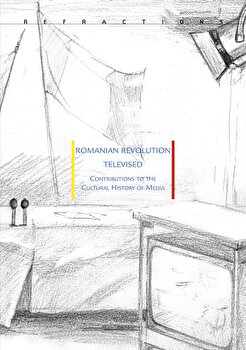